TIFF vs DNG: Which Is Better For You? (It depends) | Homiesfoto

The increasing number of digital camera models being introduced in the market has resulted in a plethora of raw file formats. With each being proprietary to their camera manufacturer, this will entail having their own processing software in order to view the images. Realistically, this is impractical for most people, hence the use of file formats that have similar properties to them such as DNG and TIFF have become viable raw file conversion alternatives. Some have asserted that DNG has a lot going for it compared to TIFF. But does that mean it is better? Let’s find out. 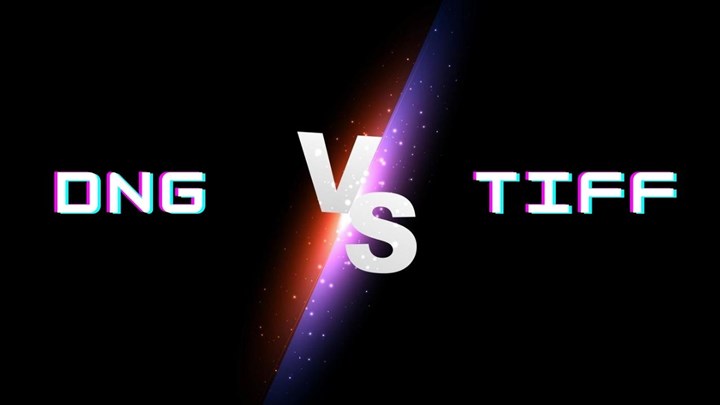 TIFF (Tagged Image File Format) and DNG (Digital Negative) file formats are similar in some ways. They are considered lossless. Since they don’t use compression algorithms during file conversion, there is “no loss” in quality, thus, they are able to produce exceptionally detailed images. They also accommodate post-processing, which makes them popular among professional photographers. However, there are marked differences between these two which is why one will be preferred over the other.

DNG is closest to a raw file format, but unlike TIFF, it has compatibility with more digital cameras. In other words, the DNG file format is a readily available option in those devices. Backed by a well-established company Adobe, this means it is also highly accessible by many users. On the other hand, TIFF files are supported by far more image-viewing programs, bringing them on the same level as JPG. In this case, you will choose the format depending on your own accessibility to the platforms that support them.

DNG holds a significant advantage in terms of size. TIFF comes in much larger data, about three times higher than DNG, which means more storage demands. This will also result in a longer transmission time during conversion and file sharing. While TIFF allows post-processing editing to some extent, DNG offers more flexibility after a photo capture. More importantly, DNG will have a smaller file size without compromising data quality.

TIFF vs DNG in Lightroom

While TIFF files save their image as RGB data, which is recognized by Lightroom, DNG will still have an upper hand as it is in the same Adobe ecosystem. RGB conversion is possible with DNG, yet it has another advantage of retaining the properties of a raw file for future use, which is perhaps why it reduces the need for Lightroom to keep up with other emerging raw file formats.

Since most digicams support DNG aside from their proprietary format, there will be less processing involved, with more quality retained. For this purpose, photographers would then choose DNG over TIFF. Furthermore, DNG is clumsy-proof in a sense that you can’t save edits on the same file, preserving the metadata, unlike TIFF which you can overwrite the original file after messing around.

DNG proves to be more advantageous in many respects than TIFF, especially if you don’t want to lose the original properties of your image, which help preserve quality during the post-processing workflow. Ultimately though, don’t switch all your files to DNG if you are not using a compatible program or equipment in the first place. Unless you plan to make a sweeping change, you should not rule out TIFF as your option, or any other format for that matter.

Here at Homiesfoto, we produce beautiful photo edits using both DNG and TIFF files from our clients. Need photos professionally edited at a reasonable price? Contact us now!

How To Start A Real Estate Photography Business [Full Guide]

What Should a Photographer Wear To a Wedding (Outfit Ideas)

7 Tips On How To Take Aesthetic Pictures That Stand Out

Footwear Photography: How To Photograph Shoes The Right Way